FREE RIDOKI ROLLER WITH PURCHASE OVER $100

READ OUR RESPONSE TO COVID-19

SAVE 15% OFF YOUR FIRST PURCHASE WHEN YOU SIGN UP

What Is Collagen & How Does It Help Our Skin?

Benefits of Using a Face Serum

Though we usually think of skincare as lush makeup and staple moisturizers, skincare has been a part of the human routine for thousands of years. Though cosmetics have likely existed for even longer, the first evidence of cosmetics stems from Ancient Egypt, approximately 6,000 years ago. Not only were cosmetics ingrained into their everyday routines, they were also extremely important culturally. Aside from beauty purposes, Ancient Egyptians used cosmetics for a variety of reasons, the first being for mummification, burial traditions, and honoring their Gods and Goddesses. While that may be a bit far off from how we typically use cosmetics today, they had similar reasons for using them in their everyday life. Ancient Egyptians also used cosmetics to protect them from the elements — mainly sun rays and insects. 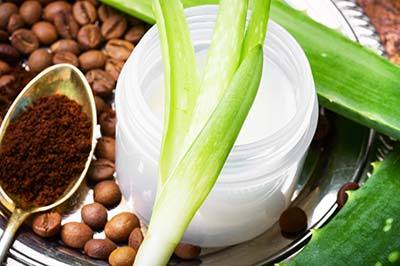 Since standardized cosmetics didn’t exist, Egyptians created their own natural skin care products using items they could collect from their surrounding (like olive oil, ostrich eggs, dough, essential oils — from herbs and plants, and milk). Queen Cleopatra herself allegedly took beauty baths in sour milk. Exfoliating scrubs couldn’t be grabbed off the full shelves of Sephora, and instead had to be handmade using sand and aloe-vera. Some of the best skincare secrets stem from Egyptians – like using aloe, myrrh, and frankincense. These products, particularly frankincense, were believed to possess anti-inflammatory properties and were used as anti-wrinkle creams by Ancient Egyptians.

Ancient Egyptians, like us, also used cosmetics for makeup purposes. Makeup was created using a variety of products including metal ore, copper, water, oil, animal fat, and precious stones. The original smokey eye, now iconic in Ancient Egypt, was created using kohl. Despite its beauty, kohl unfortunately was made from burned almonds, coffee, soot, and lead. As we now know, lead can be deadly, especially when exposed to it over time. Egyptians also used a clay called red ochre to decorate their lips, nails, and cheeks (forming the original lipstick, nail polish, and blush). Henna was also used for makeup and to create designs on the skin, similar to how we use Henna today. 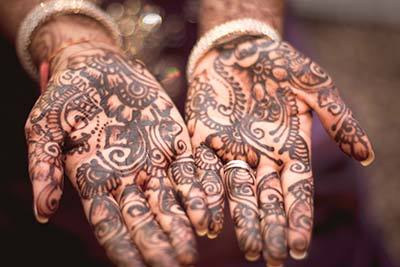 Cosmetics in Ancient Rome and Greece

Ancient Egypt was certainly not the only place that skincare and makeup could be found. The word “cosmetics” actually stems from its use in Ancient Rome. They were typically produced by female slaves known as “cosmetae,” which is where the word “cosmetics” stemmed from. While Ancient Greeks and Romans used the ideas of the Ancient Egyptians, they took their skincare and beauty rituals one step further. Many Greeks and Romans would spend an entire day at the “spa” to focus on their skin. The cosmetae, or cosmetic slaves, would sometimes pluck out individual hairs across their master’s body (mainly the chest, upper lip, backs, arms, and legs) to give them their sleek appearance. To further achieve the “smooth” look, fragrant perfumes and oils were applied after bathing, some shipped from thousands of miles away.

Similar to Egyptians, Greeks and Romans also used natural skincare to protect their skin from the elements. Sand and oils were used to protect their skin from the sun. This wasn’t always to prevent sun damage, as this was not a widely known issue at the time. It was predominately to avoid getting tanned skin, which was commonly associated with the lower class, or those who worked often

outside. Women commonly used white lead, crocodile dung, and chalk in order to lighten the appearance of their skin. They also created face masks with starch and eggs, which were believed to tighten the skin, reduce wrinkles, and keep the face looking as youthful as possible. This was even more common in China, particularly under the Shang Dynasty (in 1760 BC). A powdered face with smooth skin was extremely popular and white powders were used to achieve the whitest complexion possible. Taking it another step further, many also used gels and lotions to permanently bleach their skin. One natural ingredient, that’s still used today in skin whiteners, was songyi mushrooms.

As skincare moved to Europe and the Middle East, new ingredients and methods were invented and introduced. The first cold cream was developed using rose oil and water, and melting beeswax into it. They used the mineral alum to treat scabs and used olive lead to fight acne. The popularity of skin whitening did not die down, though, and Europeans took it one step further. They combined vinegar and lead to make a whitening foundation and used it to get rid of freckles and whiten their skin. During the Elizabethan Era, many Europeans used this whitening foundation. At the time, it wasn’t popular to wash their faces and/or bodies, so typically, they piled on layer after layer of the whitening foundation to achieve a look as pale as possible. 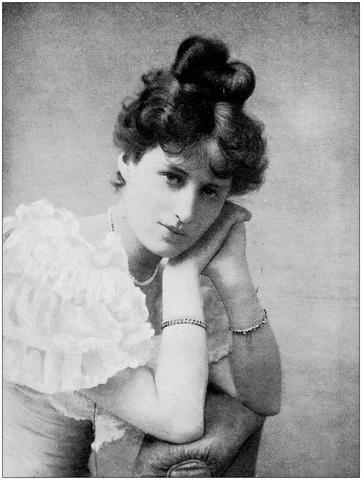 During the Elizabethan Era, as lead/vinegar mixtures were being left on faces, doctors began noticing the side effects of lead. They recommended the use of alum instead, but many continued to use lead-based products until the 1860’s, when lead in cosmetics was officially challenged. In 1906, the Food and Drug Administration (FDA) was created.

A common theme among cosmetics across history was their goal of removing freckles, calming irritation, reversing damage done by the sun, and whitening skin. Cosmetics in the late 1800’s promised to do these things as well as cure pimples and eczema. By the twentieth century, skincare primarily focused on cleansing and clarify skin and helping to make skin look more youthful.

As natural beauty became preferred over heavy makeup, a focus on skincare
that helped skin from the inside became prevalent. Translucent powders and invisible lotions also became increasingly popular in order to achieve the now iconic no-makeup-makeup look. Despite the many social strides made in the late 1800’s and early 1900’s, dark skin was still seen as undesirable. Skin whitening was as popular as ever and products were made nearly exclusively for light skinned women. Powders typically came in pure white and skin tone (with the skin tone color matching Caucasian women). Because of the lack in products for dark-skinned women, when Madame C.J. Walker and Annie Turnbo Malone introduced the first products aimed towards dark-skinned women, they were wildly successful.

By the 1920’s, a shift in beauty ideals caused slightly tanned skin to be seen as desirable. Cosmetics, in turn, followed this trend. Tinted face powders and lotions that emulated a tan were introduced. While this marked a major shift in beauty ideals, it certainly wasn’t the end of the negative thoughts towards dark skin. Tanned skin was only desirable in the summer, as it was seen as being achieved during leisurely vacations and travels (instead of outside labor). So, skin whiteners were again introduced in the Fall-time and marketed as allowing people to get rid of their summer tans and help them achieve their desired pale skin again. 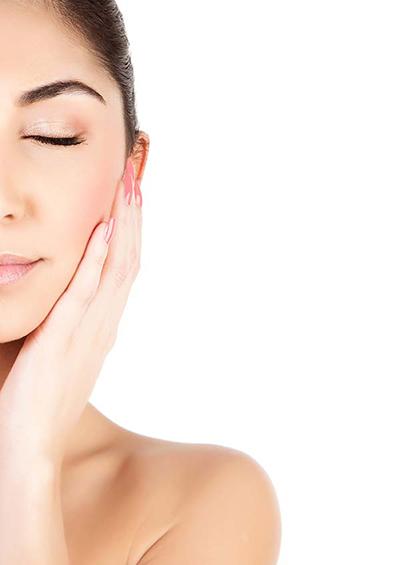 By the 1960’s, darker skin tones were more embraced.

Cosmetics now promised deep, long-lasting tans. Sunbathing became extensively popular and products were introduced that promised to help protect the skin while doing so. Unfortunately, the first of these products offered very little protection and skin cancer rates rose in response. Soon, though, doctors recognized the link between sun exposure and skin cancer, and SPF was introduced. Multi-step skincare solutions also arrived at this time, boasting regimens similar to those offered today, with cleansers, toners, and moisturizers.

The 1990’s brought incredible discoveries in the skincare world, many of which are used by skincare companies today (including Cirem Cosmetics!). The roles of Vitamins A, C, E and B were discovered to help premature aging. Hyaluronic Acid was also found to provide unparalleled benefits to skin. Antioxidants and natural ingredients replaced hormonal and steroidal ingredients, and the natural benefits of vitamins and acids began to be recognized.

Now, a variety of skincare products are available for almost any beauty concern one can have, including body washes, gels, lotions, exfoliants, moisturizers, toners, and sun protection. There is mainly a focus on helping skin from the inside out. The existence of the FDA keeps known toxic ingredients from being used, though many skincare products still do unfortunately have side effects.

That’s why Cirem Cosmetics has made it their mission to create a new standard. A standard that gives the beauty world a cosmetic with no side effects, no harsh ingredients, and superior results. Being a pharmacy before a cosmetics company, their unique position allowed them to back this mission with scientific research. After careful study, experimentation, and investigation, their first product was born, their “3-in-1 Serum.” Specially customized to suit the needs of their patients, it’s key ability was not only to deliver exceptional flawlessness, but at the blink of an eye using unmatched Rapid Absorption Technology™.

Many years and rave reviews later, it became clear that a new standard in the cosmetic world had been concocted. With increasingly innovative formulation techniques and a passion to forever strive for excellence, Cirem proves that quality always conquers quantity with each and every packaged bottle. It is this same integrity that sets the Cirem standard. 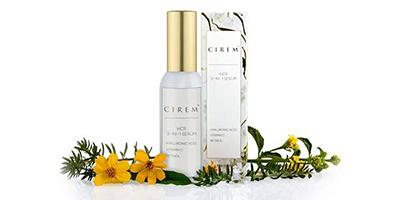 What Is Collagen & How Does It Help Our Skin?

Benefits of Using a Face Serum

Relax and let us take care of your skin. ✨ #self

Pamper your skin with a lavish yet powerful facial

Glowing skin is always in ✨ Click the link in ou

Rest easy knowing your skin is in good hands ✨ T